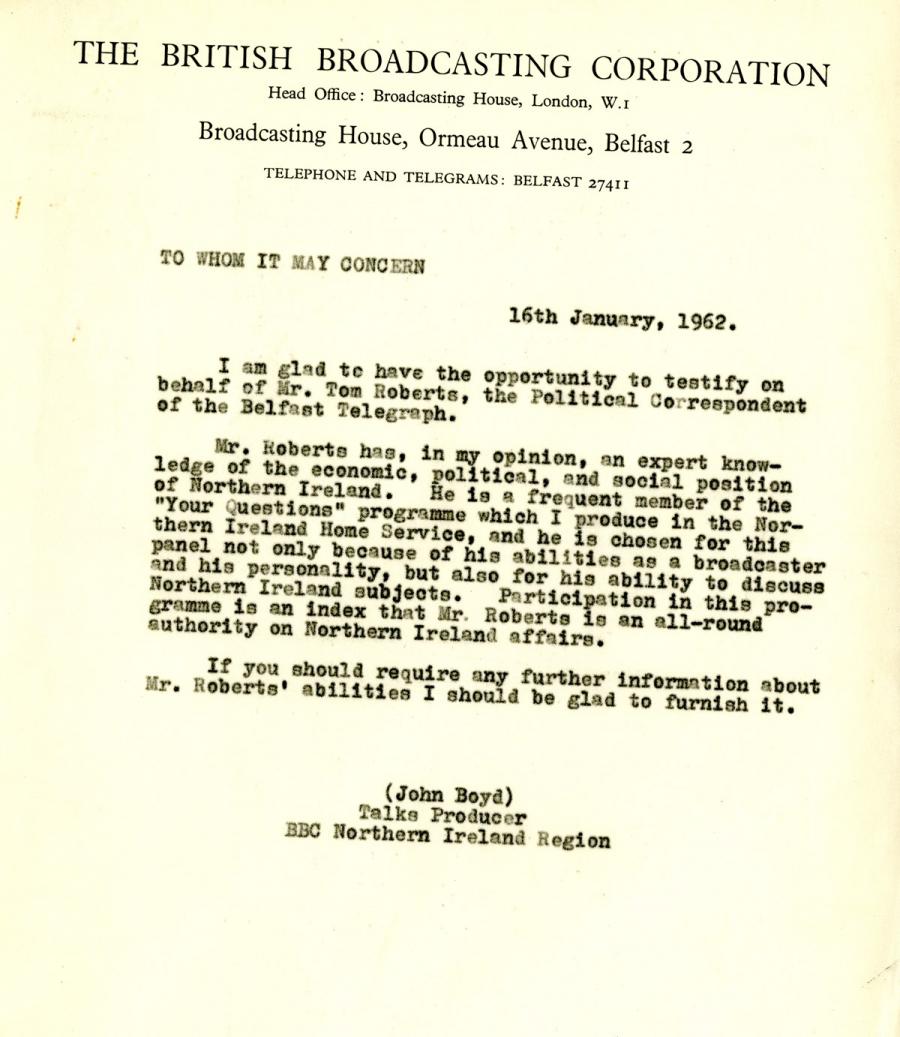 TO WHOM IT MAY CONCERN

I am glad to have the opportunity to testify on
behalf of Mr. Tom Roberts, the Political Co respondent
of the Belfast Telegraph.

Mr. Roberts has, in my opinion, an expert know-
ledge of the economic, political, and social position
of Northern Ireland. He is a frequent member of the
"Your Questions" programme which I produce in the Nor-
thern Ireland Home Service, and he is chosen for this
panel not only because of his abilities as a broadcaster
and his personality, but also for his ability to discuss
Northern Ireland subjects. Participation in this pro-
gramme is an index that Mr, Roberts is an all-round
authority on Northern Ireland affairs.

If you should require any further information about
Mr. Roberts' abilities I should be glad to furnish it.