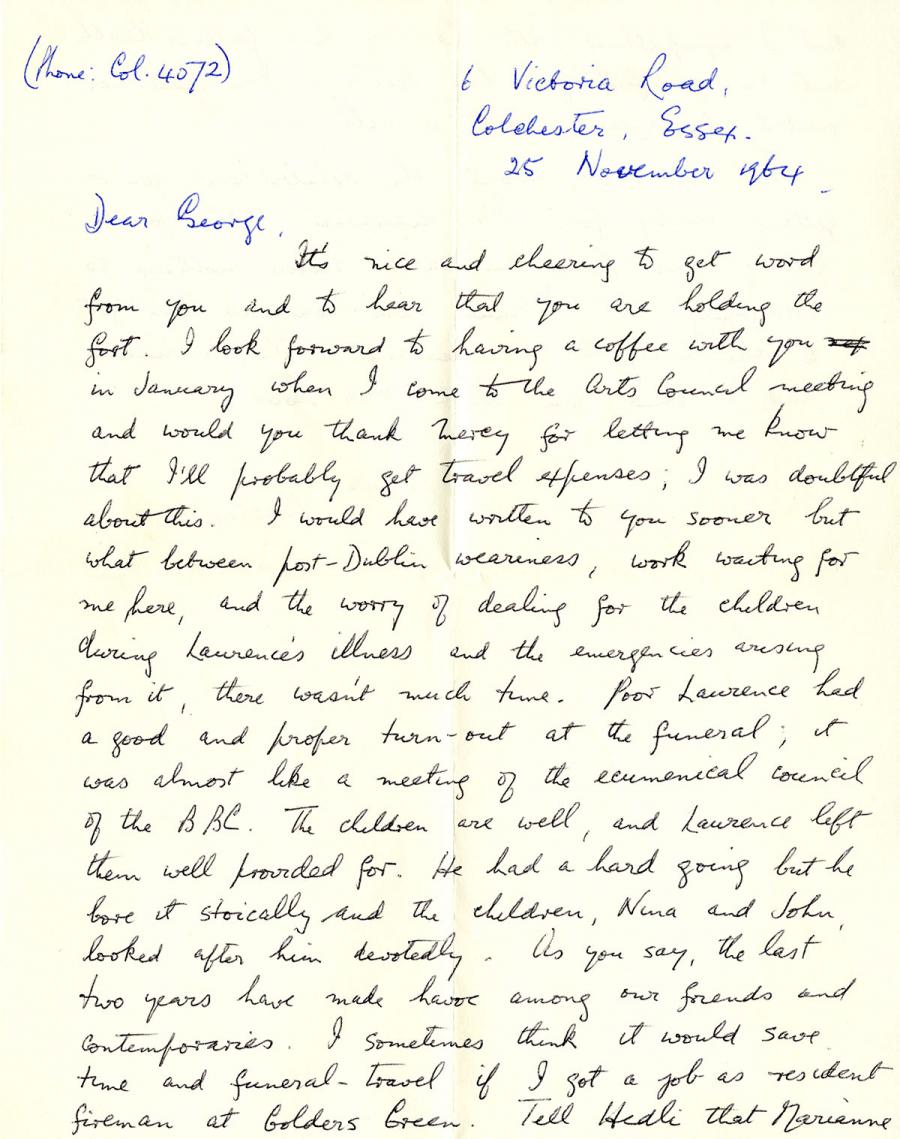 ﻿(Phone: Col. 4072)
6 Victoria Road, Colchester, Essex. 25 November 1964.
Dear George, It's nice and cheering to get word from you and to hear that you are holding the fort. I look forward to having a coffee with you in January when I come to the Arts Council meeting and would you thank Mercy for letting me know that I'll probably get travel expenses; I was doubtful about this. I would have written to you sooner but what between post-Dublin weariness, work waiting for me here, and the worry of dealing for the children during Laurence's illness and the emergencies arising from it, there wasn't much time. Poor Laurence had a good and and proper turn-out at the funeral; it was almost like a meeting of the ecumenical council of the BBC. The children are well, and Laurence left them well provided for. He had a hard going but he bore it stoically and the children, Nina and John, looked after him devotedly. As you say, the last two years have made havoc among our friends and contemporaries. I sometimes think it would save time and funeral-travel if I got a job as resident fireman at Golders Green. Tell Hedli that Marianne