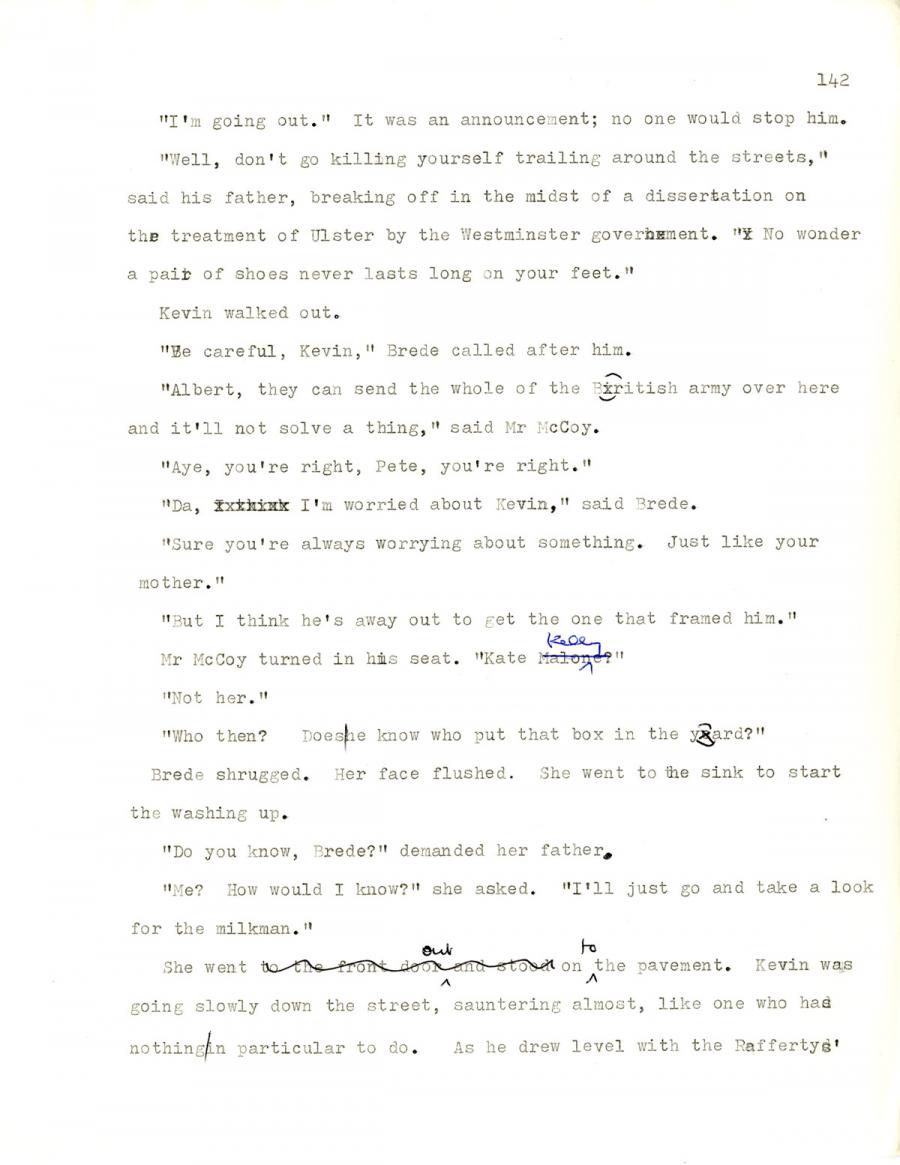 "I'm going out.” It was an announcement; no one would stop him.

"Well, don't go killing yourself trailing around the streets,”
said his father, breaking off in the midst of a dissertation on
the treatment of Ulster by the Westminster government. ” No wonder
a pair of shoes never lasts long on your feet.”

"Be careful, Kevin,” Brede called after him.

"Albert, they can send the whole of the British army over here
and it'll not solve a thing,” said Mr McCoy.

"Sure you're always worrying about something. Just like your
mother.”

"But I think he's away out to get the one that framed him.”

"Who then? Does/he know who put that box in the yard?”

Brede shrugged. Her face flushed. She went to the sink to start
the washing up.

"Do you know, Brede?” demanded her father.

She went out on to the pavement. Kevin was
going slowly down the street, sauntering almost, like one who had
nothing/in particular to do. As he drew level with the Raffertys'