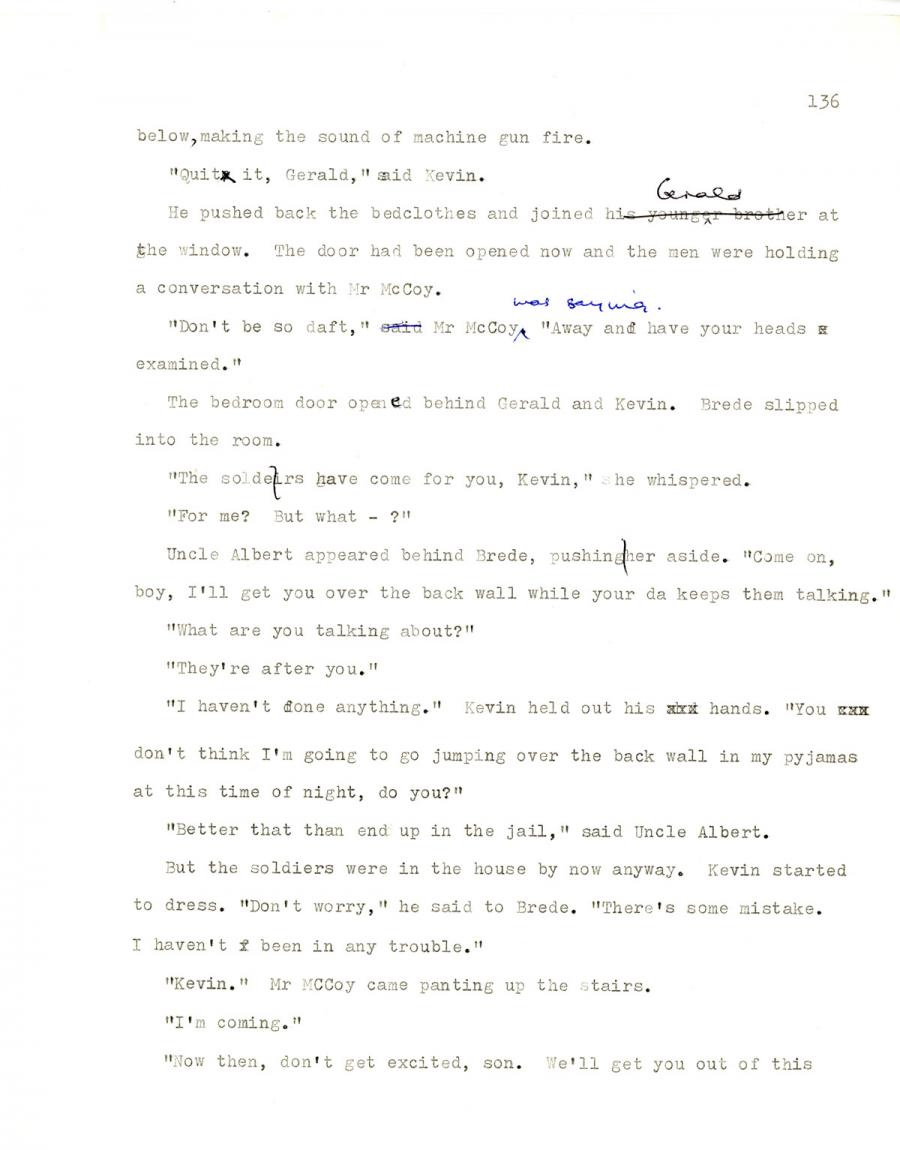 below, making the sound of machine gun fire.

He pushed back the bedclothes and joined Gerald at
the window. The door had been opened now and the men were holding
a conversation with Mr McCoy.

"Don’t be so daft," Mr McCoy was saying. "Away and have your heads
examined."

The bedroom door opened behind Gerald and Kevin. Brede slipped
into the room.

"The solde\irs have come for you, Kevin," she whispered.

Uncle Albert appeared behind Brede, pushing/her aside. "Come on,
boy, I'll get you over the back wall while your da keeps them talking."

"What are you talking about?"

"I haven't done anything." Kevin held out his hands. "You
don't think I'm going to go jumping over the back wall in my pyjamas
at this time of night, do you?"

"Better that than end up in the jail," said Uncle Albert.

But the soldiers were in the house by now anyway. Kevin started
to dress. "Don't worry," he said to Brede. "There's some mistake.
I haven't been in any trouble."

"Now then, don't get excited, son. We'll get you out of this