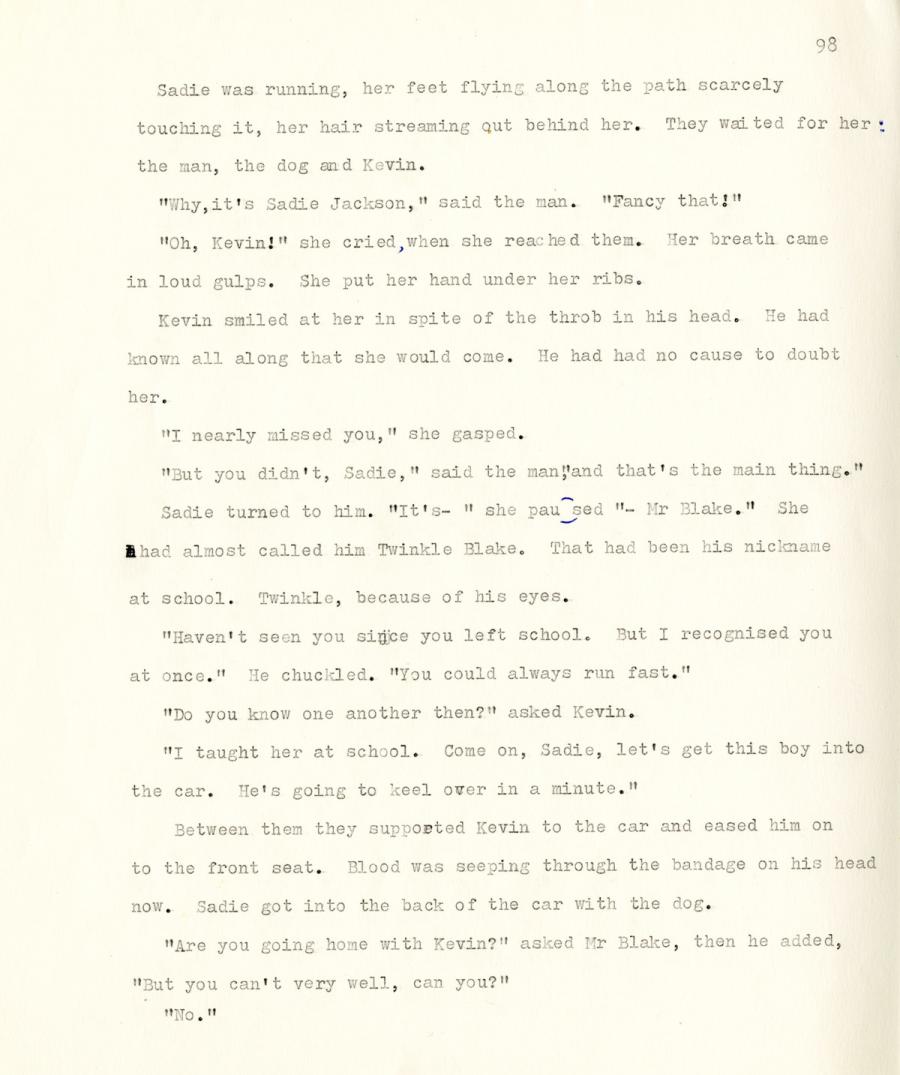 Sadie was running, her feet flying along the path scarcely
touching it, her hair streaming Qut behind her. They waited for her
the man, the dog and Kevin.

"Oh, Kevin!" she cried, when she reached them. Her breath came
in loud gulps. She put her hand under her ribs.

Kevin smiled at her in spite of the throb in his head. He had
known all along that she would come. He had had no cause to doubt
her.

"I nearly missed you," she gasped.

Sadie turned to him. "It's- " she paused "- Mr Blake." She
had almost called him Twinkle Blake. That had been his nickname
at school. Twinkle, because of his eyes.

"Haven't seen you since you left school. But I recognised you
at once." He chuckled. "You could always run fast."

"Do you know one another then?" asked Kevin.

"I taught her at school. Come on, Sadie, let's get this boy into
the car. He's going to keel over in a minute."

Between them they supported Kevin to the car and eased him on
to the front seat. Blood was seeping through the bandage on his head
now. Sadie got into the back of the car with the dog.

"Are you going home with Kevin?" asked Mr Blake, then he added,
"But you can't very well, can you?"