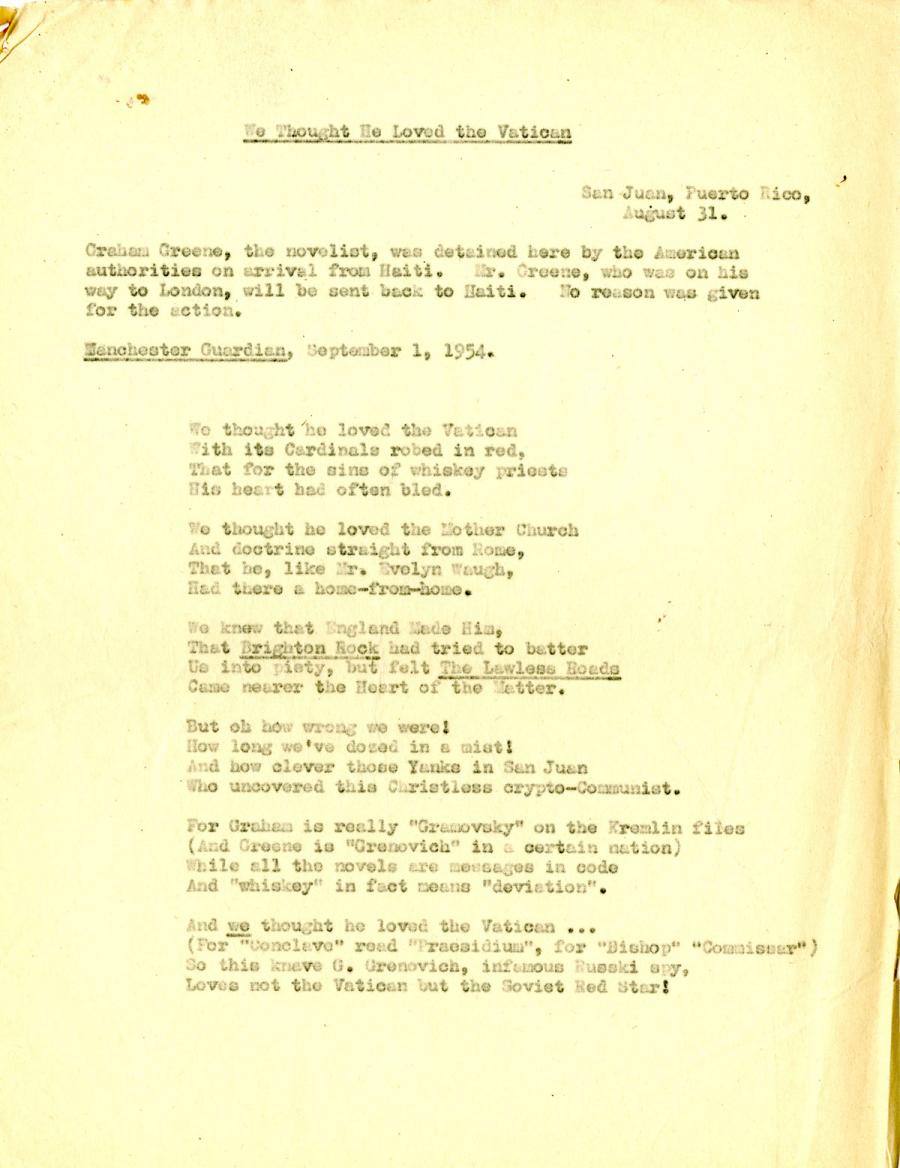 ﻿We Thought he Loved the Vatican

Graham Greene, the novelist, was detained by the American
authorities on arrival frou Haiti. Mr Greene, who was on his
way to London, will be sent back to Haiti. No reason was given
for the action.

We thought he loved the Vatican
With its Cardinals robed in red,
That for the sins of whiskey priests
His heart had often bled.

We thought he loved the Mother Church
And doctrine straight from home,
That he, like Mr. Evelyn Waugh,
Had there a home from home.

We knew that England Made Him,
That Brighton Rock had tried to batter
Us into piety, but felt The Lawless Roads
Came nearer the Heart of the Matter.

But oh how wrong we were!
How long we've dozed in a mist!
And how clever those Yanks in San Juan
Who uncovered this Christless crypto-Communist.

For Graham is really "Gramovsky" on the Kremlin files
(And Green is "Grenovich" in a certain nation)
While all the novels are messages in code
And "whiskey" in fact means "deviation".

And we thougt he loved the Vatican...
(For "Conclave" read "Praesidium", for "Bishop" "Commissar")
So this knave G. Grenovich, infamous Russki spy,
Loves not the Vatican but the Soviet Red Star!