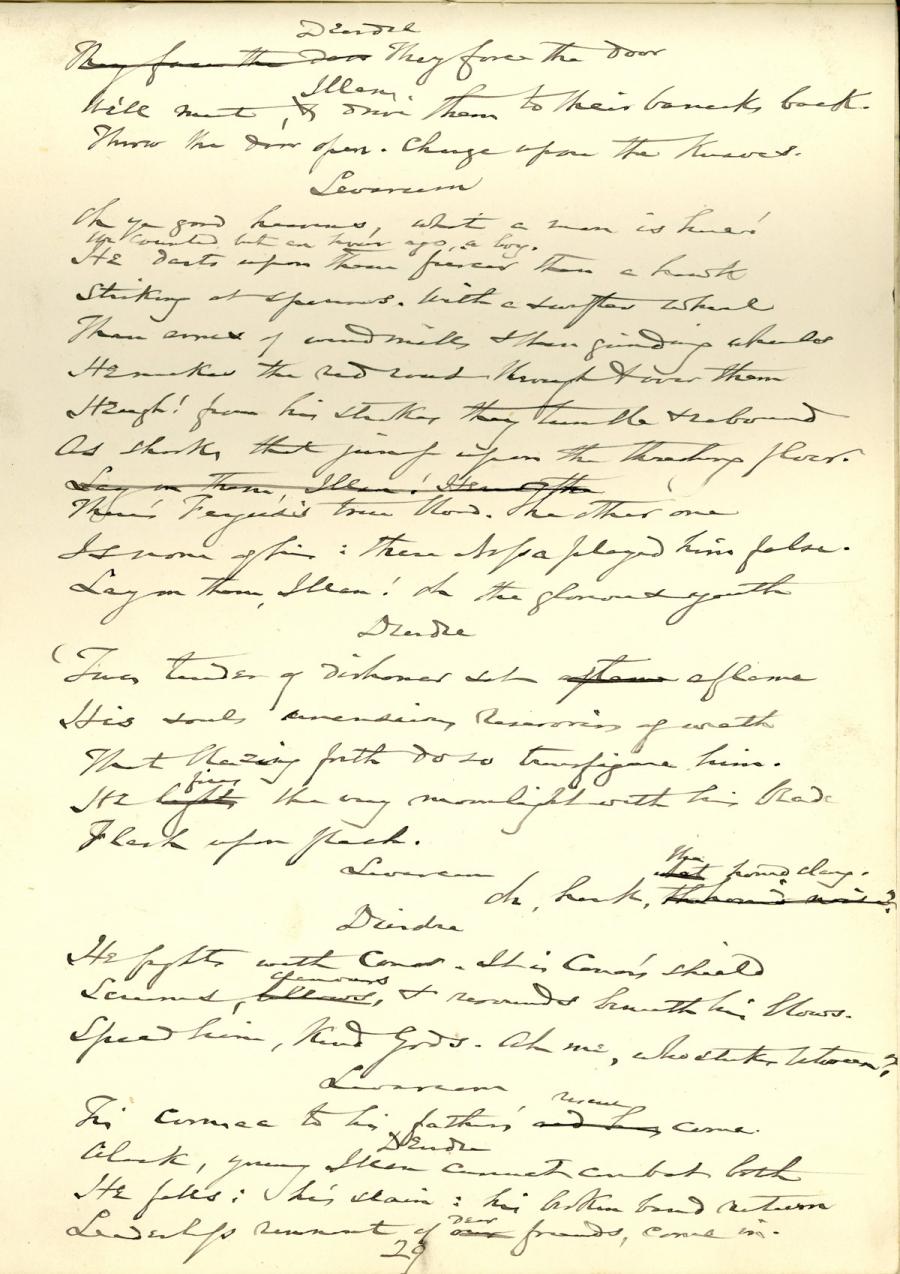 ﻿DEIRDRE.
They force the door.

ILLAN.
We'll meet and drive them to their barracks back.
Throw the door open ! Charge upon the knaves !

LEVARCAM.
Oh ye good heavens, what a man is here
We counted but an hour ago a boy 1
He darts upon them fiercer than a hawk
Striking at pigeons. With a swifter whirl
Than arms of windmills and than grinding wheels.
He makes the red rout through and over them.
Hah ! from his strokes they tumble and rebound
As shocks that jump upon the threshing floor.
There's Fergus's true blood ! The other one
Is none of his : there Fergus was played false.
Oh, well done, Ulan ! Glorious youth, well done !

DEIRDRE.
'Twas tender of dishonour set aflame
His soul's unconscious reservoirs of wrath
That, blazing forth, do so transfigure him,
And of the soft-aff'ection'd, gentle youth
Make the heroic, formidable man.
He fires the very moonlight with his blade,
Flash upon flash.

DEIRDRE.
He fights with Conor. It is Conor's shield
Screams, clamours, and resounds beneath his blows.
Speed him, kind Gods ! Ah me, who strikes between ?