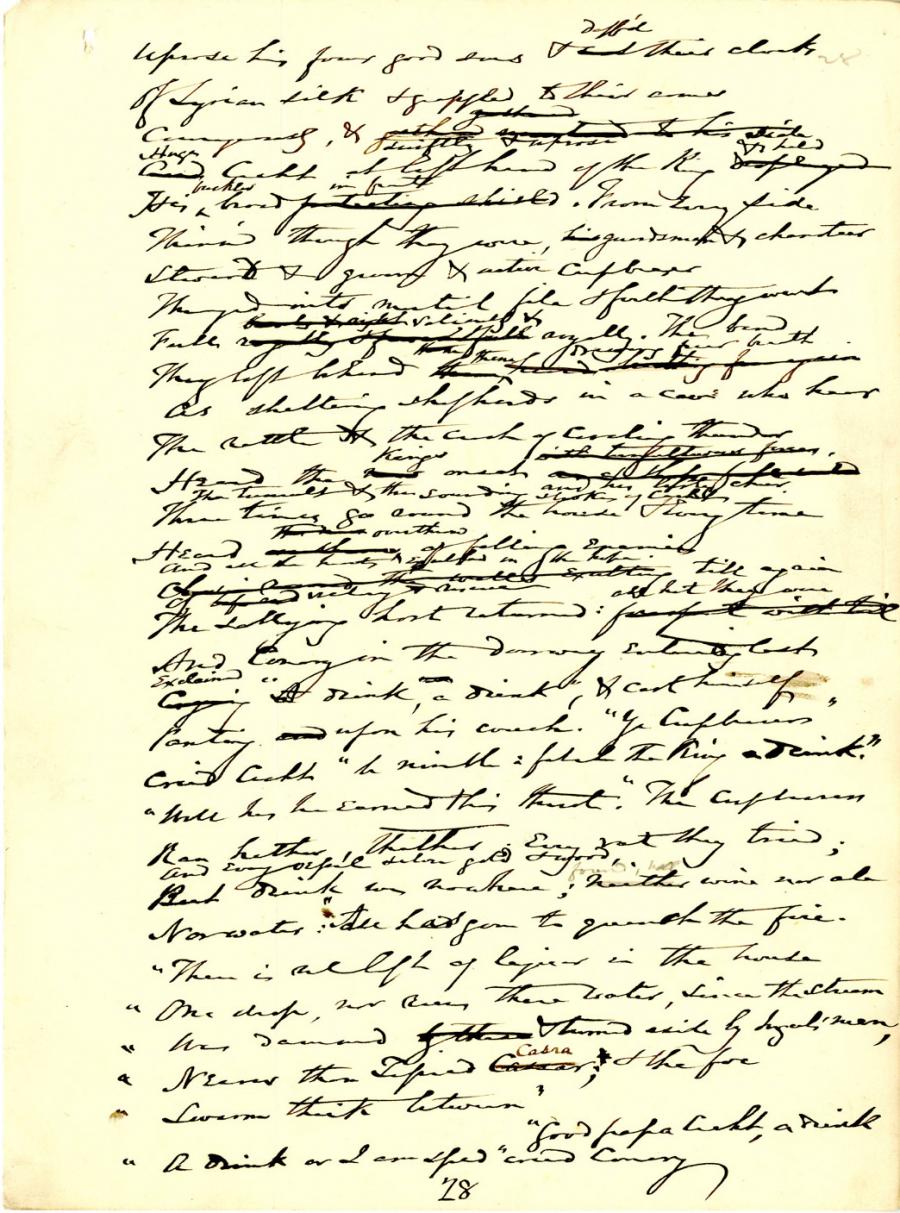 ﻿Uprose his three good sons, and doff'd their cloaks
Of Syrian purple, and assumed their arms
Courageously and princely, and uprose
Huge Cecht at left-hand of the king, and held
His buckler broad in front. From every side,
Thinn'd though they were, guardsman and charioteer,
Steward and butler, cupbearer and groom,
Thronged into martial file, and forth they went
Right valiantly and royally. The band
They left behind them, drawing freer breath, —
As sheltering shepherds in a cave who hear
The rattle and the crash of circling thunder, —
Heard the king's onset and his hearty cheer.
The tumult, and the sounding strokes of Cecht,
Three times go round the house, and every time
Through overthrow of falling enemies.
And all exulted in the kindling hope
Of victory and rescue, till again
The sallying host returned ; all hot they were ;
And Conar}' in the doorway entering last
Exclaimed, " A drink, a drink ! " and cast himself
Panting upon his couch.
" Ye cupbearers,"
Cried Cecht, " be nimble : fetch the king a drink :
Well has he earned this thirst." The cupbearers
Ran hither, thither ; every vat they tried.
And every vessel — timber, silver, gold, —
But drink was nowhere found, nor wine nor ale
Nor water " All has gone to quench the fire.
There is not left of liquor in the house
One drop ; nor runs there water, since the stream
Was damm'd and turned aside by Ingcel's men,
Nearer than Tiprad-Casra ; and the way
Thither is long and rugged, and the foe
Swarms thick between."
" Who now among you here
Will issue forth, and fetch your king a drink ? "
Said Cecht. One answered,
" Wherefore not thyself ? "
" My place is here," said Cecht, " by my king's side :
His sidesman I."
" Good papa Cecht, a drink,
A drink, or I am sped ! " cried Conary.