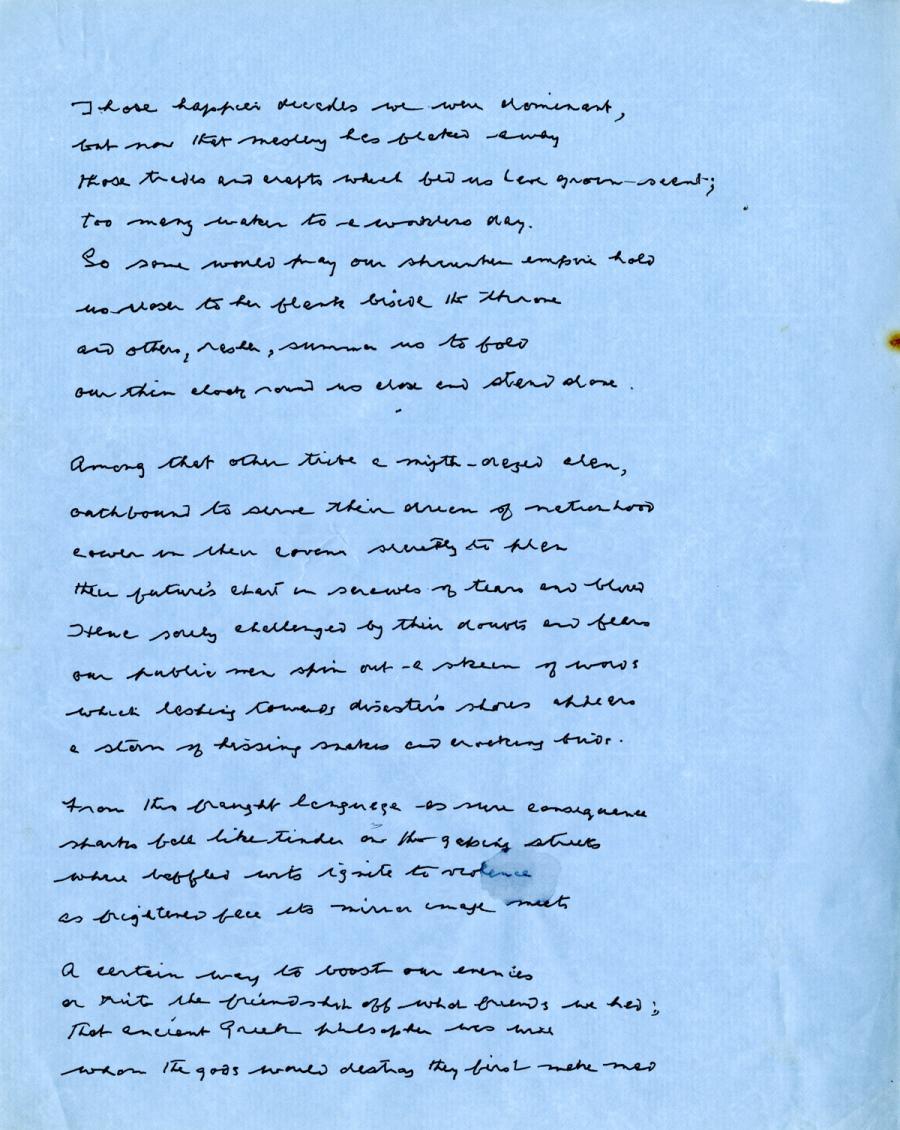 Those happier decades we were dominant,
but now that mastery has flaked away
those trades and crafts which fed us have grown scant;
too many waken to a workless day.
So some would pray our shrunken empire hold
us closer to her flank beside the throne
and others, rasher, summon us to fold
our thin cloak round us close and stand alone.

Among that other tribe a myth-crazed clan
oathbound to serve their omen of nationhood,
cower in their covens secretly to plan
their future's chart in scrawls of tears and blood.
Hence sorely challenged by their doubts and fears,
our public men spin out and skein of words
which lashing towards disaster's shores appears
a storm of hissing snakes and croaking birds.

From this fraught language – as sure consequence
sparks fall like tinder on the gaping streets
where baffled wits ignite to violence
as frightened face its mirror image meets.
A certain way to boost our enemies
or cut the friendship off which friends we had;
That ancient Greek philosopher was wise
whom the gods would destroy they first make mad