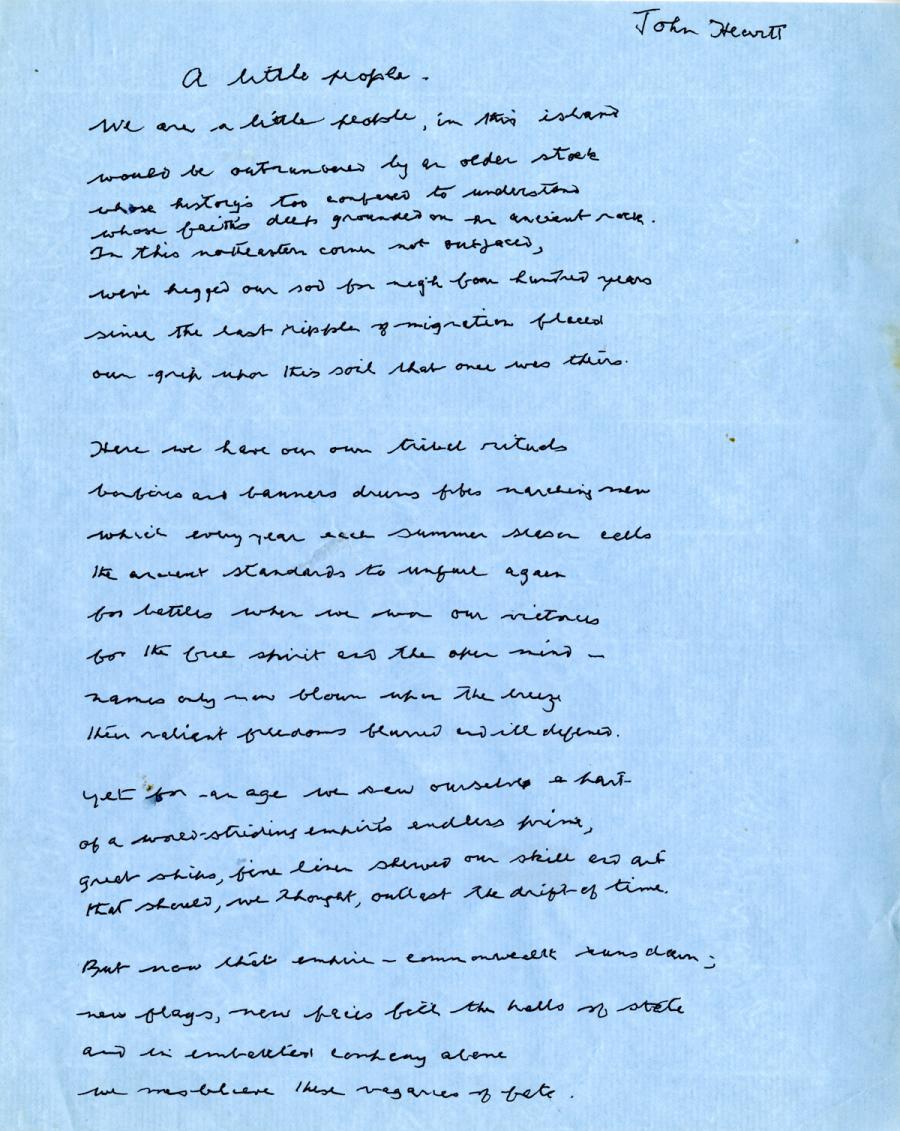 We are a little people, in this island
would be outnumbered by an older stock
whose history's too confused to understand
whose faith's deep grounded on an ancient rock.
In this northeastern corner not outfaced,
we've hugged our sod for nigh four hundred years
since the last ripples of migration placed
our grip upon this soil that once was theirs.

Here we have our own tribal rituals
bonfires and banners drums fifes marching men
which every year each summer season calls
the ancient standards to unfurl again
for battles when we won our victories
for the free spirit and the open mind -
names only now blown upon the breeze
their valiant freedoms blurred and ill defined.

Yet for an age we saw ourselves a part
of a world-striding empire's endless prime,
great ships, fine linen, shewed our skill and art
that should, we thought, outlast the drift of time.

But now that empire-commonwealth runs down;
new flags, new faces fill the halls of state
and in embattled country alone
we misbelieve these vagaries of fate.