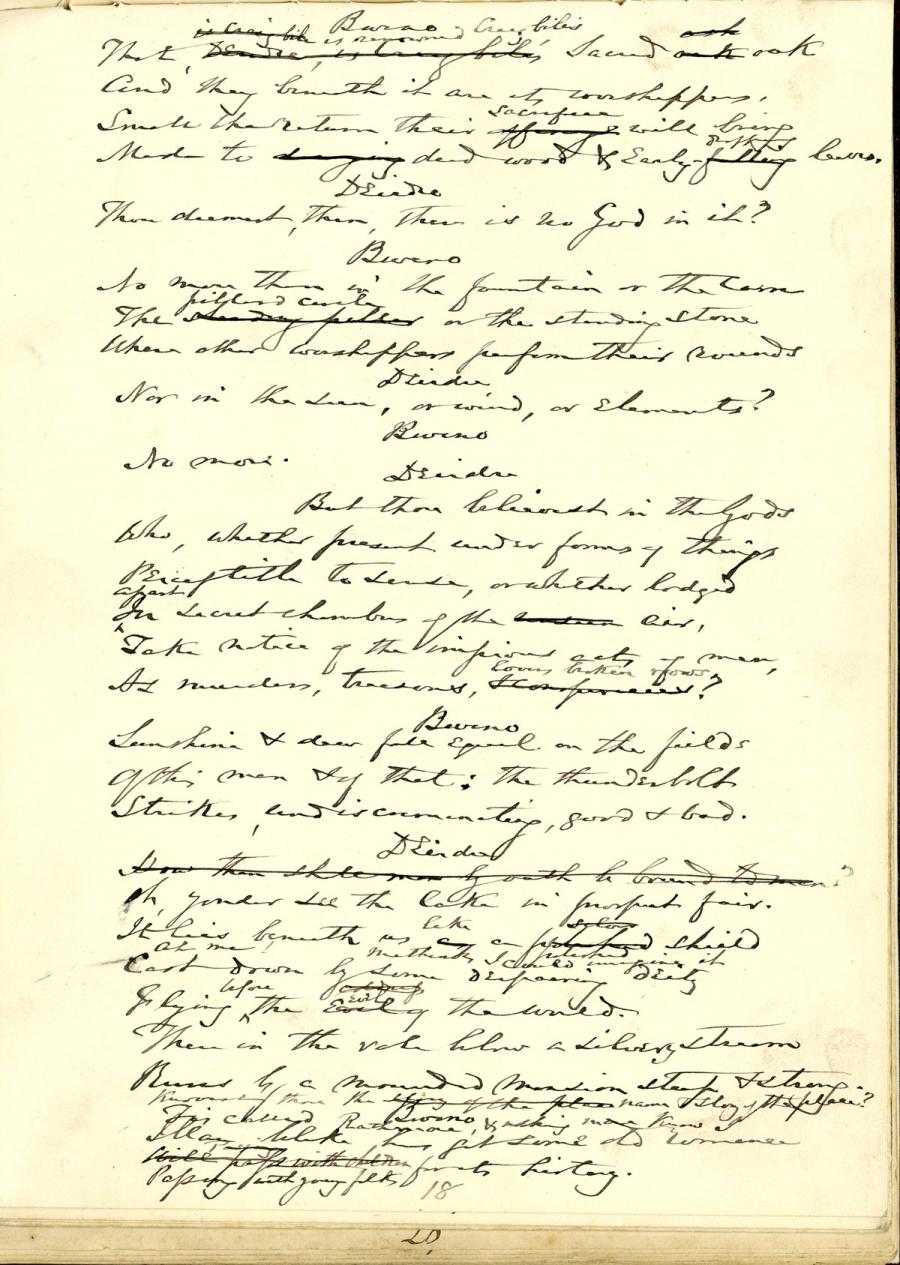 ﻿BUINO.
That is renowned Crevilly's sacred ash,
And they beneath it are its worshippers
Small the return their worship's like to bring,
Made to dead wood and early-dropping leaves.

DEIRDRE.
Thou deemest, then, there is no God in it ?

BUINO.
No more than in the fountain or the earn,
The pillar-circle or the standing stone,
Where other worshippers perform their rounds.

DEIRDRE
Nor in the sun, or wind, or elements ?

DEIRDRE
But thou believest in the Gods
Who, whether present under forms of things
Perceptible to sense, or whether lodged
Apart in secret chambers of the air,
Take notice of the impious acts of men
As murders, treasons, lovers' broken vows ?

BUINO.
Sunshine and dew fall equal on the fields
Of this man and of that : the thunderbolt
Strikes, indiscriminating, good and bad.

DEIRDRE.
How, then, oblige men to the oaths they swear ?

BUINO,
Each nation has its proper swearing-Gods,
Whom invocating, if one speak the Ue,
Being found out, he's punishable here.

BUINO
I know not : I was never there,
Nor ever yet met anyone who was
But all these things may be as thou hast said.
I know not : but allow it possible.

DEIRDRE.
Oh ! yonder see the lake in prospect fair,
It lies beneath us like a polished shield.
Ah, me ! methinks, I could imagine it
Cast down by some despairing deity.
Flying before the unbelief of men.
There, in the vale below, a river clear
Runs by a mounded mansion steep and strong
Know'st thou the name and story of the place ?

BUINO.
'Tis called Rathmore, and nothing more know I.
Ulan belike has got some old romance,
Passing with poets for its history