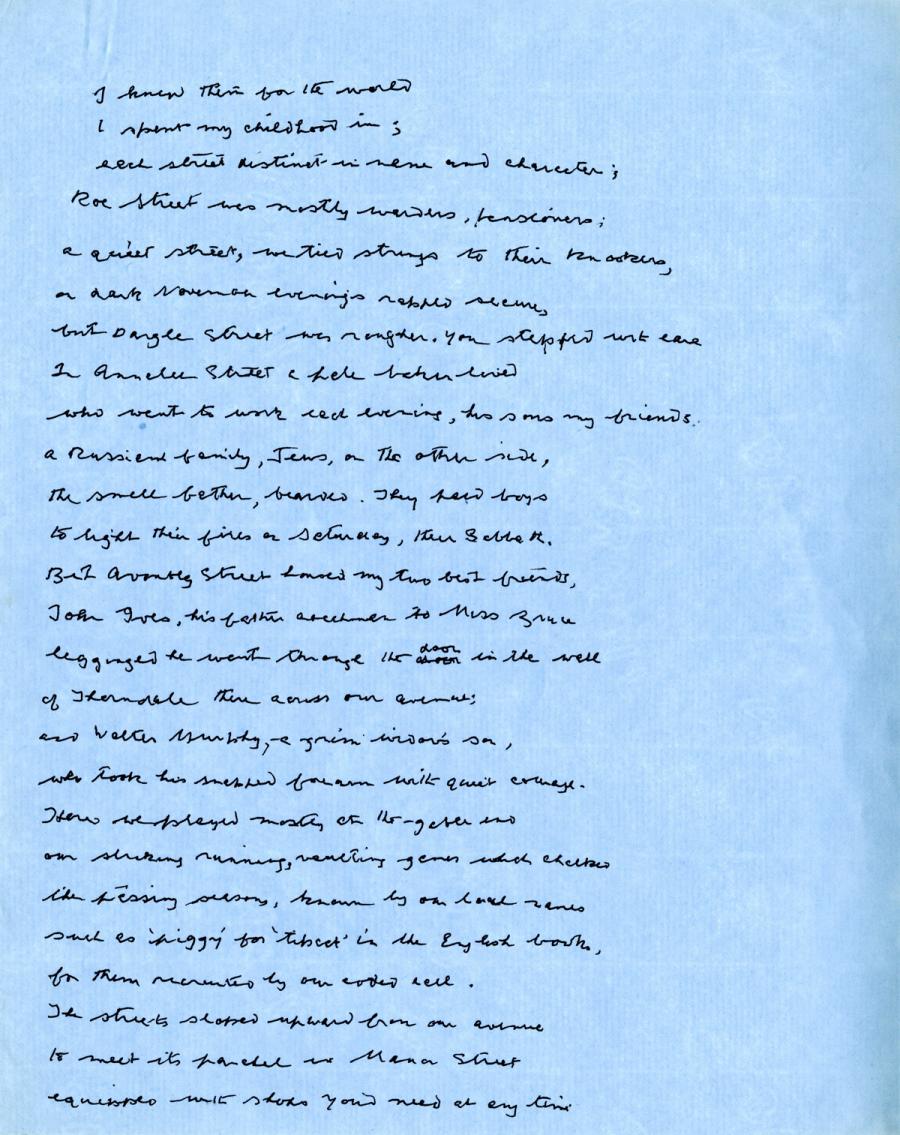 ﻿I knew them for the world
I spent my childhood in;
each street distinct in name and character;
Roe Street was mostly warders, pensioners;
a quiet street, we tied strings to their knockers,
on dark November evenings rapped secure,
but Dangle Street was rougher. You stepped with care
In Annalee Street a pale baked lived
who went to work each evening, his sons my friends
a Russian family, Jews, on the other side,
the small father, bearded. They paid boys
to light their fires on Saturday, their Sabbath.
But Avonbeg Street housed my two best friends,
John Ives, his father coachman to Miss Bruce
legginged he went through the door in the wall
of Thorndale there across our avenue;
and Walter Murphy, a grim widow's son,
who took his snapped forearm with quiet courage.
Here we played mostly at the gable end
on striking, running, vaulting games which chalked
the passing seasons, known by own local names
such as 'piggy' for 'tipcat' in the English book,
for them recruited by our coded call.
The streets sloped upward from our avenue
to meet its parallel in Manor Street
equipped with shops you'd need at any time